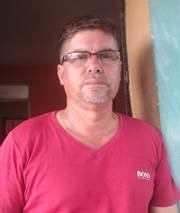 It was not only chance and skill the ones that took Fidel Castro to the power in 1959. A formidable support came from the economic, political and ecclesiastic forces (that last with pro-Spanish tendencies). Castro’s war against Fulgencio Batista came into question as the struggle between the sonof a rich Galician versus the black pro-North American, adding the ingredient of collective racial discrimination anti-Batista.

The Spanish power at the beginning of the 20th century was composed by Iberians and his native descendants, the ones that came to the Republic without fixed it his aged fortunes. In spite of it, they would never forgive the U.S. intervention in support of the rebelmambises, which put an end to the 1895-98 disputes.

Without the North American military intervention the colonial Spanish, devastating for the same warlike conflict, would have spread out indefinitely, and the story of it today it would be tell different. It is true that the Spanish military contingent in the island was, worn-out, but much more because of the epidemics than for the effects of the combat (*). But the rebels were in the same situation.  Scarcely had they found reptiles, rodents or root crops to mitigate the hunger that at that time took over in the fields of Cuba. To a considerable extent, it was due to the politics of the Tea Incendiaria (Flaming Torch) implanted by the Dominican general Máximo Gómez, and to the ptractice of The Concentration (Concentration) imposed by Spanish  general ValerianoWeyler.

To add insult to injury, to that time the most prominent mambises leaders had died, and the correlation of strategic situation and military forces always tilted the victory toward Spain, that reinforced the military operations with cool rations of young Hispanics recruited in necessary levies. Furthermore, of  the 10 cities or big towns that at that time there was in the island, the mambises towered permanently conquest no one, as well as no port, or at least any river or beach mouth where receiving expeditions with reinforcements and weapons.

Once the North American military presence in the island was concluded (1898-1902), the pro-Spanish colonial thought mutated to a neo-colonial, pseudo-republican nationalism. That rancid high and middle class kept on strengthening its ideological thought in fraternal societies and also in connection with the Catholic Church, from where they controlled a great part of the economy, politics, and the no less influential national island´s  Educational System.

That such pseudo-republican nationalism’s sector would become expanded for all the Cuban society, blend in with other new and various ideological tendencies that led the country in the two first decades of republicanism, as for example anarchism, socialism, or Communism,. In the first decade of the XXth century the Cubans landed for the ports around one quarter million immigrants,  most of them Spanish, in search of better life, for themselves and for their families. Without doubts, this reinforced in determined social capes Cubans that pro-Sapanish derived to a anti-North American nationalism.

So, in the Cuba`s middle XX century reigned a concoction of tendencies and political nationalist aspirations, many of it with sinister gangster´s profile, like Falangism, Fascism, national-socialism, and without any doubt at the bottom, latent, the traditional Latin American caudillismomilitar (military hero-worshiping). It was a whole range of factors, confused and imperceptibly powerful, that would affect over the Cuban idiosyncrasy, the one it could not get off the dependent native intellectuality.

With the son of rich Galician ascended to the power half a century of castrismo (listed as well as a sociological and political definition, that defines a determined historic epoch in Cuba, same as the batistato (Fulgencio Batista dictatorship) or the machadato (Gerardo Machado dictatorship), but this time on a creol totalitarian State’s model that has not suspended  its expansionist process toward Venezuela, Nicaragua, Bolivia, the Colombian guerrilla warfares, etc. It is a miscellaneous regimen, loaded with unconfessable remainders of the first 57 years of pseudo republican nationalism, with as many again of Soviet neo-colonialism, and a common denominator: The anti-North American resentment.